For the best viewing experience, interact with this national parks data visualization on a computer.

The United States is home to 59 national parks. Our parks range from the volcanoes of Hawaii, to the pristine arctic wilderness of Alaska, to the wild desert landscapes of Utah and Arizona, and the coral reefs of Florida. We are lucky to live in a country with such a wide range of climates and geological features.  We have access to deserts, mountains, jungles, plains, volcanoes, beaches, and forests, all available to us to explore.

I recently moved to Huntsville, AL and now consider the Great Smoky Mountains my “home” national park. The Smokies claim to be the most visited national park in the US.  Through some google searches, I discovered IRMA, the National Park Servicess (NPS) free online data store, and confirmed that the Smokies truly are the most visited park; by a long shot. Since then, I’ve spent the past few months working on this data visualization to help better understand our national parks. All of the plots are interactive.

America’s first national park, Yellowstone, was recognized in 1872, and initially had a few thousand visitors each year. Since then, 58 more parks have been added, including the most recent addition in 2013: California’s Pinnacles National Park. Since the birth of the national parks system, visitation to the parks has been trending upwards. 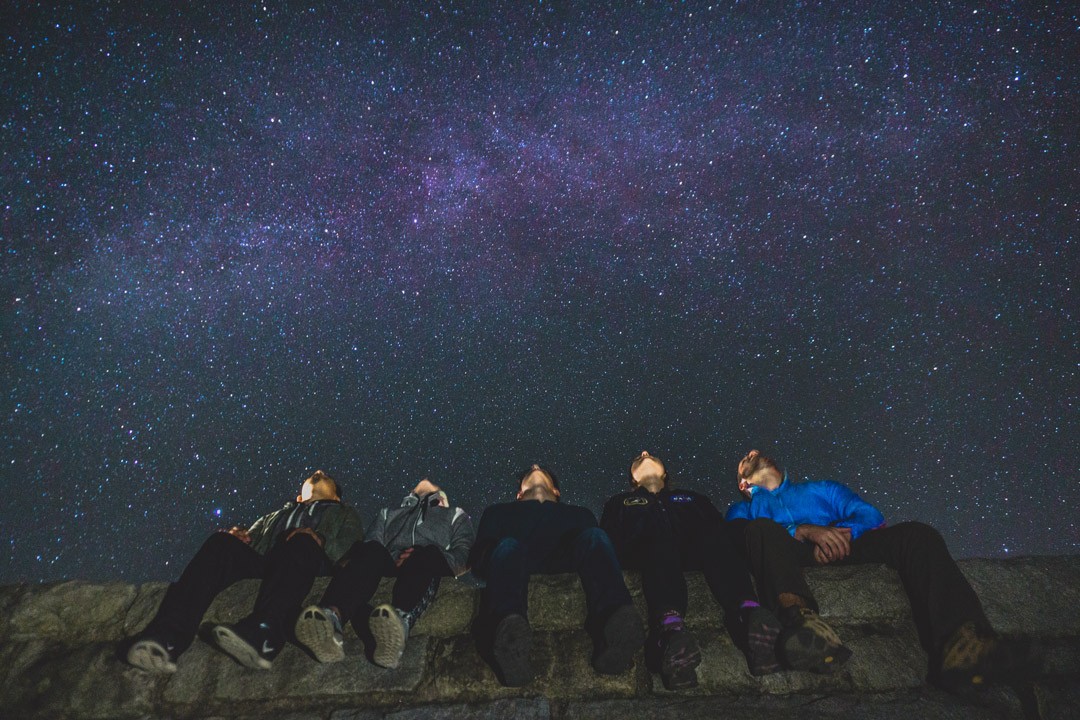 The National Park Service provides visitation data for each of the parks dating back to 1904. Overall, the visitation across the parks has steadily increased over the last 100 years.  There was a significant drop in attendance during World War II as well as a few years in the 1970’s (not sure the reason for the latter spike, but the former makes sense.)  In the early 2000’s there was a drop in total national park attendance and visitation became fairly stagnant, until 2013.  Since 2013, national parks have been seeing a massive influx of visitors entering the park, gaining more popularity every year, and increasing total visitation by about 5 million additional visitors each year.  2017 set a new record for national parks with 84 million total visitors. 2017 had 20 million more visitors than just 5 years ago in 2013.

The high visitation rate across the parks has pros and cons. It is great that so many people are active in the outdoors and have an appreciation for nature. However, many of the national parks are becoming overcrowded. The NPS is currently proposing that some of the more popular parks will have a greater entrance fee to combat the high visitation. Some parks, like Zion, are even contemplating implementing a visitor reservation system to enter popular destinations within the park. Read more about overcrowding in the parks in this New York Times article.

The Great Smoky Mountains National Park is the most visited park in the United States, by a significant amount. In 2017, the Smoky Mountains had 11.3 million visitors, which is double the second most visited park, the Grand Canyon.  This data only includes recreational visitor data; if non-recreational visitor statistics were included (which includes people driving through the park, maintenance, employees, etc.), 2017 would have seen 20+ million visitors. Gates of the Arctic is America’s northern most park, as well as one of the most remote (there are no roads to get to the park). They had 11,000 visitors in 2017.

Several individual parks have interesting visitor statistic trends. Most of the parks have seen increasing attendance over time; however some have seen spikes or drops in attendance. Out of curiosity, I did some research into some of the more dramatic spikes.

In 1990, Acadia dropped dramatically from 5.5 million yearly visitors to a little over 2 million.  Acadia warned the public it had a pollution problem in 1989 which most likely caused the drop in attendance for years to come. A few parks also experienced drops in attendance due to natural disasters.  Biscayne National Park in Florida experienced a huge drop in attendance after Hurricane Andrew in 1992. Hawaii Volcanoes National Park also saw a decrease in attendance after the 1984 eruption of Mauna Loa.  Katmai National Park has also experienced several volcanic eruptions and has one of the most inconsistent visitation trends out of all of the parks.  One of the most fascinating spikes was in Channel Islands National Park in 1994.  Archaeologists excavated pristine fossils of the pygmy mammoth, resulting in a 300% increase in visitation in only one year.

Unlike most parks, Shenandoah National Park and Carlsbad Caverns have had a declining population trend over the past 30 years. However both have been steadily increasing since 2010.

Some other parks have interesting trends, but I could not determine reasons for the drops and spikes in attendance. North Cascades had a record high attendance of about one million visitors in 1978 and then attendance began dropping. Since 1990, annual visitation in the park has remained constant at around 25,000 visitors. Hot Springs National Park and Wind Cave also have some dramatic spikes, but I could not find any correlations. (If you have any ideas for the anomalies in these park’s trends please let me know in the comments!) 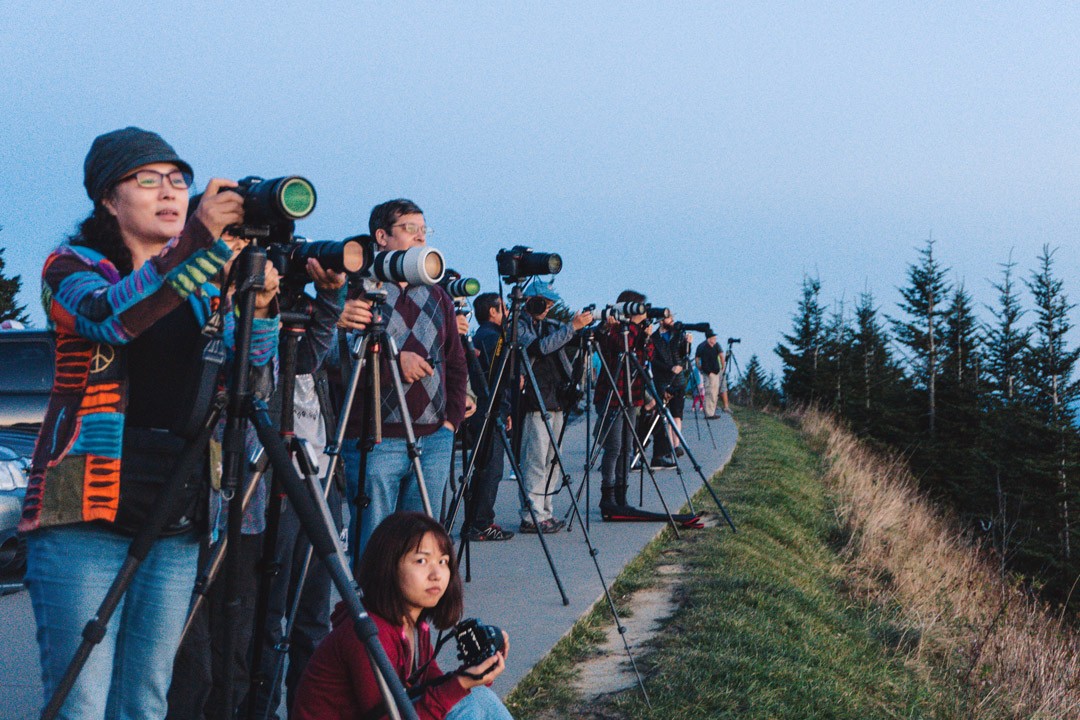 The United States encompasses 2.43 billion acres.  Therefore, the national park system accounts for about 2% of all the land in the United States. (This was higher than I would have guessed.) Not all states have national parks either — only 27 do. Of those 27 parks, California has 9, Alaska has 8, Utah has 8, and Colorado has 4. Other states have between 1-3.

The following states have the highest percentage of land reserved as a national park compared to their total acreage: 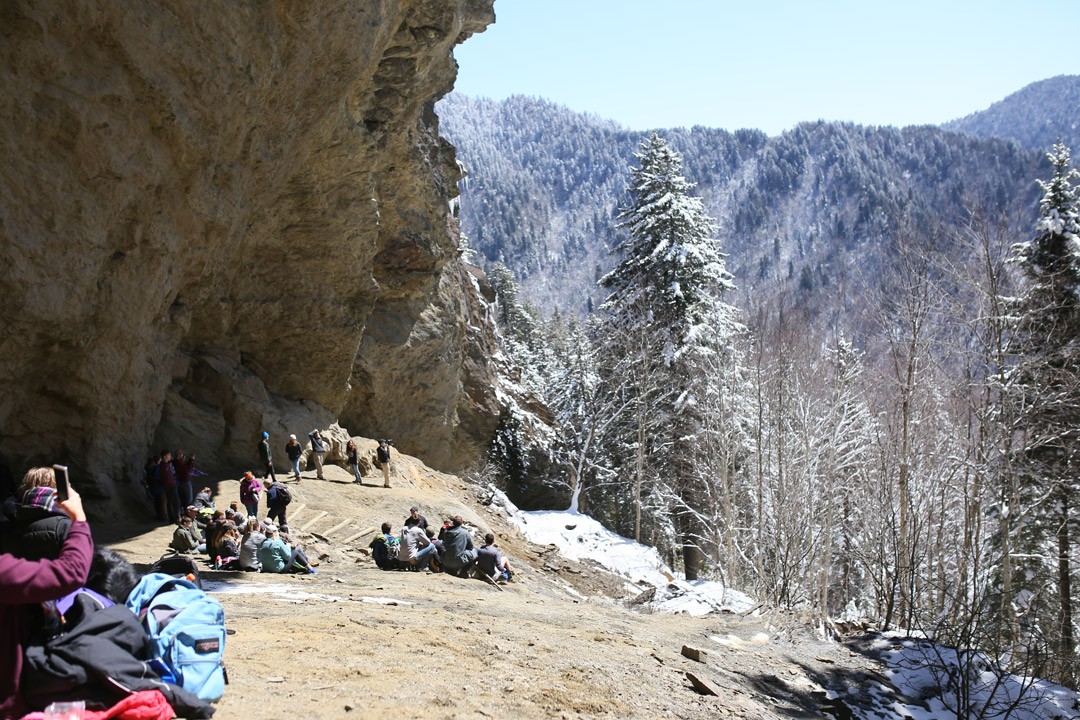 The next 3D scatter plot combines the previous two sets of data, along with the number of campers at each park in 2017.  (Note all three axes are on a logarithmic scale.) The Smoky Mountains are a major outlier with the most visitors, although the park size is average and has an average number of campers. Gates of the Arctic are another major outlier with the largest acreage of any park but very few visitors and campers each year. This trend is similar for several of the other Alaska parks.

Yosemite has the most campers of any park at 1.1 million campers in 2017. About 20% of visitors who visit Yosemite are campers. Most of the parks have less than 100,000 campers each year. Most national park visitation, not surprisingly, happens during the summer months.  In fact, about 50% of all national park visits happen in the four mid-year months (May, June, July, and August) with 45.1 million visitors in 2017.  Most of the parks follow this trend, with the exception of some of the warmer climate parks. Joshua Tree National Park and Everglades National Park actually have more visitors during their cooler months. Some of the parks with temperate climates, such as Hawaii Volcanoes and National Park of the American Samoa, have constant visitation rates throughout the year.

The data for this plot is sorted by number of for visitors in the month of July; the most popular month to visit national parks (13.5 million total visitors).